Brunel Street car park “the red cage” is my favourite place to park in the city centre; the cross-hatched metal design is truly wonderful and the overall structure clearly an influence on the plans for the new Central Library. I’m the mayor of the place on Foursquare, I love it because it inspires oddness, I love it because it seems to have an odd soul of it’s own, but most of all I love it because it’s remarkably cheap for such a central place. I’m tight like that.

So I’ve been most upset recently when I’ve been unable to get in. “Car Park Full” says the sign, and queues build up as it operates a one-in-one-out system. But if you hang on, blocking the Navigation Street traffic, for long enough you’ll get in. And if you pop up to the top floor you’ll see something like this: 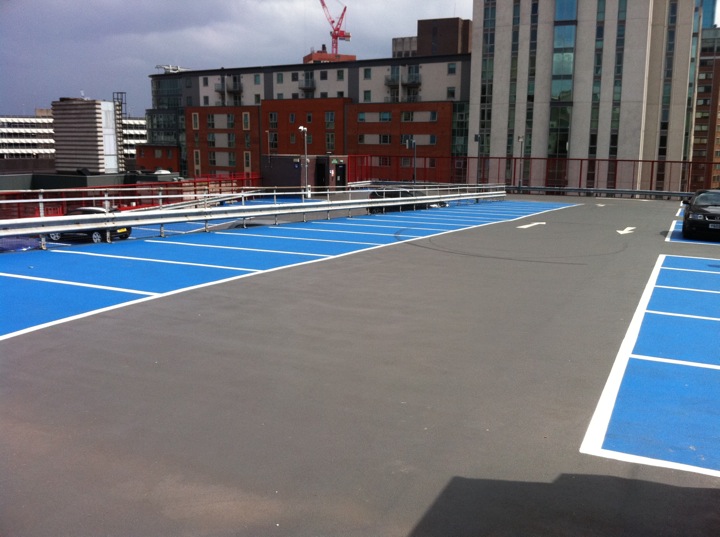 Doesn’t really meet my definition of full to be honest. People don’t tend to keep going when they find a space so the top floor is the last place you might park, if the car park isn’t letting people in it’ll never fill up.

I first noticed this in February and sent a cheerful-ish letter to the “parking@” email found on the City Council’s £3M website—it went like this:

“Twice in the last week I’ve attempted to park in Brunel St
Multi-story, but there has been a queue outside and the FULL light on.

Today I queued behind three other cars, and got it — light still
showing ‘FULL’ — but on getting in there were only 4 or five cars
parked on the top levels. This malfunction in the FULL system is
causing problems for traffic outside and is ultimately costing the
council revenue.”

Do you think I’ve had a reply or the problem has been fixed in the intervening three months? Not on your nelly.