…to line the rabbit’s hunch mainly. Losing relevancy to the faster, closer to “the kids”, world of the music blog the NME is in real circulation trouble. It knows it has to get back to the roots of music rather than keep putting the bloody Libertines on the cover every week, so what better to do than to praise the small venues around the country—to show just how much they know about your life. 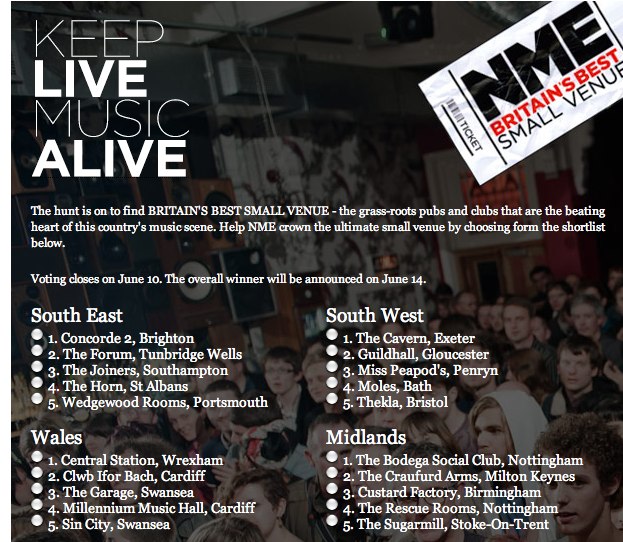 And so it’s a bit of a shame that, despite quite a few shouts for such venues as the Hare and Hounds, they decided that ‘Custard Factory, Birmingham’ was our local representative in such a poll.

Shame really that that’s not much of a small venue containing as it does a few spaces sometimes used for gigs, and one quite large —but “not officially connected”—venue space in,  er, Space2. Great as the Supersonic festival is  it’s probably the only gig/festival/event that takes place at ‘Custard Factory’—and that is bloody huge, not small. They might have course meant ‘The Factory Club’ which was in the Custard Factory, but that closed some time ago.

People on the Tweets are not happy.

2 comments for “I use the NME”