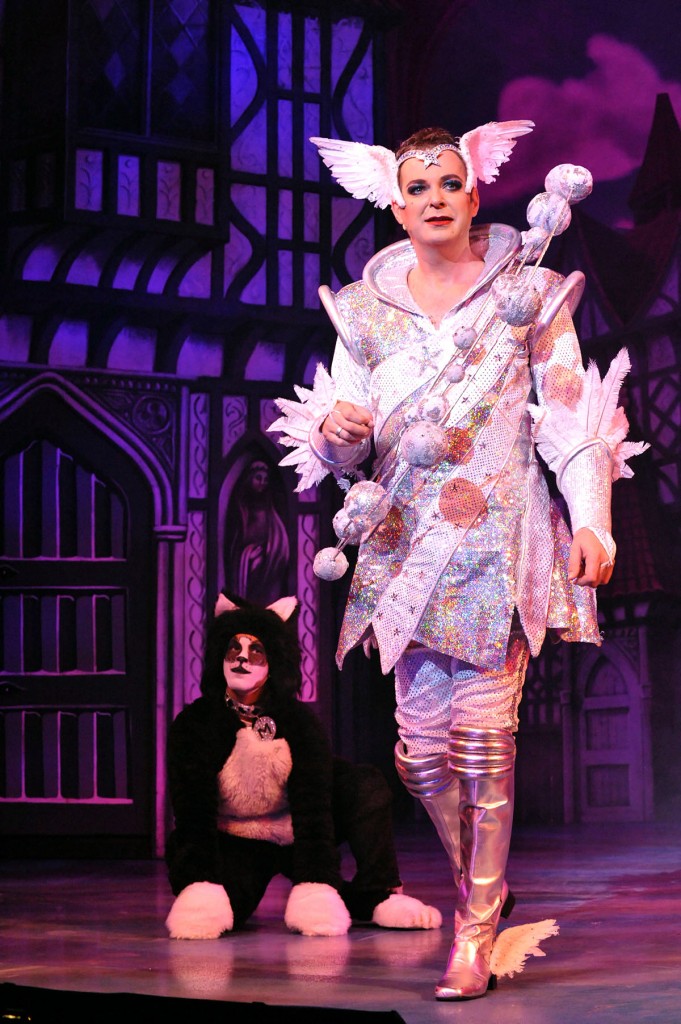 Dick Whittington defeats Nigel Havers in a short swordfight, so the Sultan of Morocco hands him the girl and the Mayorship of London; an odd election process, but if that’s what’s in the Tories’ Localism Bill we’ll have to deal with it. It’s how Boris got the job after all, besting Nick Berry in two rounds of Greek wrestling.

Sion Simon will no doubt be spending the Christmas break practising manipulating his foil.

That’s sort of where the tale ends, despite an appearance from Cuddles the Monkey and a strained singalong—the Moroccan adventure might be one version of the Dick Whittington tale, but the story ending there seemed rushed and left me wanting more.

Not that a plot matters in panto. Panto is jokes, topicality and incongruous dancing shoe-horned in so principal actors can do costume changes. Jokes here are ably, locally, just-at-the-right-smut-levelly spooned out by Julian Clary, and panto veterans Jeffrey Holland and Keith Harris and Orville. Topicality by a fresh-from-the-jungle Nigel Havers, a villainous melodramatic performance that will whoosh over your head if you haven’t been watching reality ITV.

And Joan Collins, it’s difficult to see what Joan Collins is providing. The character of Queen Rat somewhat undermines the status of the King as hate figure, and the performance itself isn’t yet confident and nasty enough to dominate the stage the way it needs to.

After last year’s 3D and almost a one-man play pantomime, this year’s Hippodrome offering feels more traditional, and I think it’s better for it. The chance to see Julian Clary and Orville in bed together should not be passed upon.

The Hip also has an exhibition of Brum panto through the ages around the corridors, which would be well worth a visit for anyone obsessed with Brumicana, or minor league celebrity.  I should think you should be able to pop in and look around without going to the show, but if you like panto, or green ducks you definitely should (show on till Jan 30th). 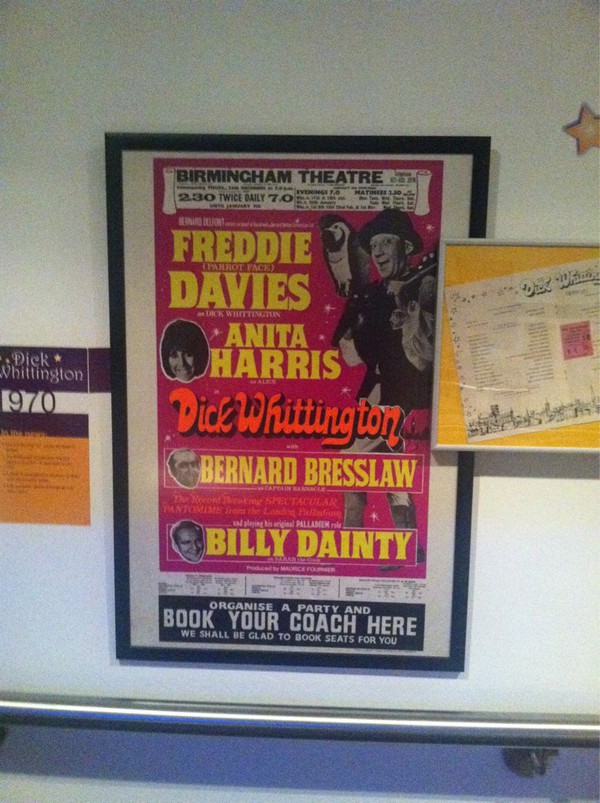 ← Old Birmingham Garages: Memories of how buying petrol and…
Merry Christmas Everyone →
BiNS was mostly by Jon Bounds.