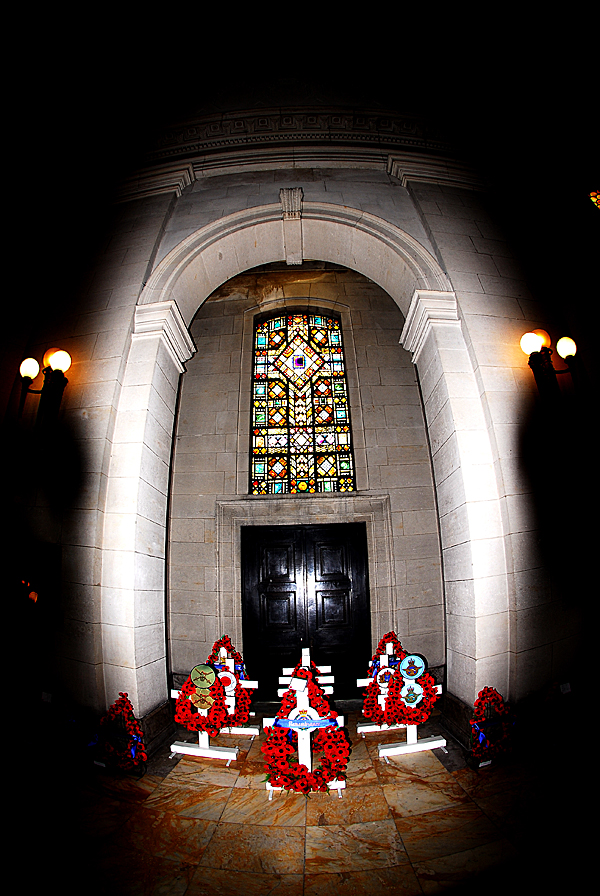 Hall Of Memory by Karen Strunks

The hall of memory is a building I have walked past many times and never ventured in until recently.
From Birmingham City Council’s website:

Birmingham’s Hall of Memory was erected in the 1920s (before Baskerville House, in front of which it now stands) to commemorate the 12,320 Birmingham citizens who died in the “Great War”, which we now know as the First World War (a further 35,000 Birmingham men came home from that war with a disability).

The Hall, made from Portland Stone, from Portland Bill near Weymouth, was opened by Prince Arthur of Connaught on July 4, 1925. It cost £60,000, which was raised by public subscription.

Further memorials were added after the Second World War, and for subsequent campaigns, including Korea, Vietnam and the Falklands.

Inside the Hall are three Art Deco panels, “Call”, “Front Line” and “Return”, by William Bloye, another local artist.

Opposite the Hall of Memory, outside what is now the Rep Theatre, stood a “colonnade” of Portland Stone. When Centenary Square was created, this was moved to the Peace Gardens (formerly St Thomas’ church) in Bath Row.

You will find the Hall Of Memory in Centenary Square.