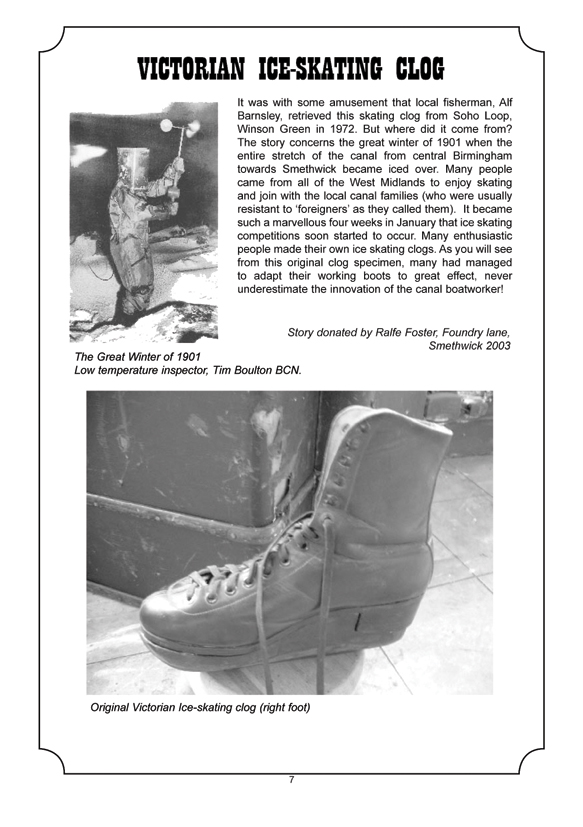 VICTORIAN ICE-SKATING CLOG It was with some amusement that local fisherman, Alf Barnsley, retrieved this skating clog from Soho Loop, Winson Green in 1972. But where did it come from? The story concerns the great winter of 1901 when the entire stretch of the canal from central Birmingham towards Smethwick became iced over. Many people came from all of the West Midlands to enjoy skating and join with the local canal families (who were usually resistant to ‘foreigners’ as they called them). It became such a marvellous four weeks in January that ice skating competitions soon started to occur. Many enthusiastic people made their own ice skating clogs. As you will see from this original clog specimen, many had managed to adapt their working boots to great effect, never underestimate the innovation of the canal boatworker!

The Siren (in which this excerpt is taken from)

← Petition Birmingham City Council to save The Rainbow
Band a Day for Birmingham Music Month – June 26th →
BiNS was mostly by Jon Bounds.