Earlier this year I managed to conduct an independent and self-imposed survey into street litter and poor rubbish dumping habits. With the help from a leading healthcare company here in the UK (which included CAT/CT scan monitoring) – I undertook a study into the potential relationships between my mental state and overall health, daily eating habits and reasons. Although results are still being examined, early indications seem to support my concern regarding wellbeing associated with differing nutritional eating patterns and street-trash discarding actions. In addition, I also looked at any potential disturbances from noise pollution, housing provision demands, street billboard advertising by way of pervading psychological nuisance, as well as mapping associations between my regular pedestrian thoroughfare routes, lifestyle and employment schedules, mobile phone usage and seemingly ad-hoc phone calls and ‘demands’ – as external trigger factors for example. The following article introduces some of the key reasons why I initiated this independent consultation (upon myself).

It is hoped that the report might be made into a televised documentary highlighting problems concerning rubbish on our streets linked with challenging mental health and socio-economic factors and commercial expediency.

Arguably one of the more obvious elements that can be traced in any public location is discarded debris, namely litter. Highly selective in regard to what we observe and how we react, the remnants of everyday located ‘rubbish’ is usually seen as abject and unsightly, often ignored and somewhat accepted. The scattering of unpleasant street detritus haphazardly lingers in seemingly random locations, reappearing on many (non) pedestrian routes. It doesn’t go away.

I have, for sometime, been puzzled by public litter. Is such rubbish indicative of an ‘attitude’ – a person with no apparent concern, dropping trash as they determine? I remember the “Keep Britain Tidy” campaigns that used to be prevalent on buses and banners, TV ads etc…, reminding us all to put litter in the bins provided – bins that attempted to be in logistic public positions in thoroughfares, yet evidently many misplaced for effective trash dumping. Take-away consumers for example, after completing quick fix meals, have often relocated elsewhere, away from the strategic bin that would otherwise have been useful. Food containers are easily disposed of, dropped onto floors, thrown over walls, out of car windows, placed on sidewalks – basically dumped with little or no concern, perhaps a reaction to not having a bin close-by? 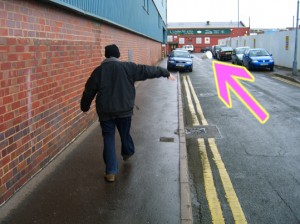 At the time of throwing away my litter, I had reported having headaches and flu-like symptoms. The days leading upto my binge litter dropping days (that happened from the 2nd -7th April 2009 were some of the worst I had suffered). Perhaps my poor eating diet from consuming too much fast food from a major multinational chain had contributed somehow?

Whilst I find it annoying and simply unnecessary to do so, rubbish, whether abandoned intentionally or not, makes a place look cr*p. Yet whilst something of the abject appeals to me, I especially don’t like to see the act of discarding rubbish onto walkways when it happens infront of me. More importantly, rubbish becomes a serious health hazard. Such street trash has aided vermin evolution and growth. Half eaten chips in greasy paper packets, crusty pizza crumbs or vomit (and other forms of human / animal excrement included) provide rodent nutrition (rats, for example, continue to do very well thank you!). Can a culture of common cleanliness, and the benefits thereof, ever prevail and how?

In respect of eccentric archaeology, I am drawn to the question of habits and social conditioning as well as my thoughts surrounding chemical imbalances in the brain due to poor quality (fast food) dietary intake, and questions about a throwaway culture and a lack of self responsibility. 1 Are such things associated with each other and if so, how? What are the nuances of behaviour that, at once, can remedy an already conditioned rubbish reflex from the very act of discarding? Perhaps a survey into monitoring street rubbish has taken place, identifying the types of rubbish and circumstances – the times of day, the period in the week for example, relating to the varieties of disposed rubbish dumping attitudes? Possibly a formal survey has been carried out, examining consumables ranging from cigarette butts through to fly-tipping non-perishables revealing certain key relationships to time and place in respect to economics and lifestyle?  Now we possibly enter into cultural and economic situations, of social class and postcode migration; of unspoken and co-opted rules and regulations (of acceptable and unacceptable behaviour). Rubbish now reveals the human condition amongst the locus of contemporary life and biological neurone brain activity…. Could, for example, bad food, hyper sugar diets via cans of coke and mars bars and chips on footpaths across the country, combine in ways that reinforce bad health, discarding and the disposing of rubbish as activity? Unlike graffiti artists who tag territory, rubbish tipping, whether large or small, disturbs locations via unconscious acts of the unconcerned…. 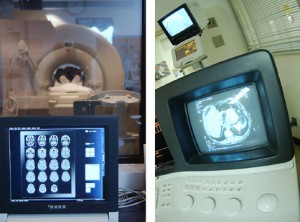 Harry Palmer’s recent CAT scans carefully monitored the relationship between his brain and bodily activity, nutritional intake and rubbish dumping habits. Could there be a link and how could this be determined? The results are currently being assessed.

Our attitude towards street trash obviously differs. Yet do we all agree that most street rubbish is unnecessary, disliked and something to prevent? It’s an easy target for those who like to make things political of course. The very words ‘anti-social behaviour’ has been used as a function of political control, another active euphemism to establish an authoritarian mind-set among the list of expanding directives from local and central governments that seek to exploit (and constrain) our sense of personal responsibility and freedom.

Could rubbish be making us more rubbish? Could our society be less credible as a place of health and self-determined individual discipline? In taking personal responsibility and considering our own conduct, could our collective and group actions reduce the manipulation by the ruling classes and politicians who claim leadership on our behalf? The more we allow rubbish on the streets, the more we seem to grant permission for outside control. Responsibility is slowly removed from us, from the citizen to them, the government and others (and visa versa). We become more controlled and policed by more rules and regulations that undermine our vibrancy and our personal sense of freedom. It gives licence to the ‘nice ones’ to tell us what to do!

Perhaps we should take it upon ourselves to interfere with the daily trash culture and importantly respond directly to what we see in situ, to challenge the ‘identified’ perpetrator as we see it. Shying away from rubbish tippers, encouraging people to sensibly dispose litter in bins whether in public or in private, would seem like a good idea. Through whom and in whom are we to be conditioned? I prefer the role of reciprocation and the attempt at common decency in which we speak (or argue) amongst ourselves rather than through the law courts. We live in an increasing age of political correctness in which a new wave of capital industrialisation removes a real sense of freedom and accelerates our heightened sense of anxiety. The less we engage with each other directly, the more opportunity arises in which the interfering and expanding ruling classes gain momentum and control. Better meals and a sharper more ethical mindset may aid the remedy…. 2

Intelligence is a matter of applying and widening our knowledge, entering into the moment without a prerequisite and predetermined rule to adhere to. The dance of exchange, of daily situations and challenges can be addressed via the way in which we deal with rubbish – whatever we qualify it to be and whenever or wherever it is discarded. Rubbish is our choice and through our actions we each contribute to what we see before us, less a moral argument than the application of commoning and communing between us all, on the street, upon the countryside – wherever (and in whatever situations) we choose to roam and how we dispose our litter…

And whilst I bemoan the rubbish complexity of life and attitude, I certainly do not want to portray or encourage a sanitisation of street life. Too many limitations are already being abided by. Indeed, playfulness should encourage new situations with new people emerging. We are the word-wide web offline! Urging a Keep Birmingham Tidy campaign as an ongoing basis, I am not supporting cultural or architectural persuaders / industrialists, nor any form of sanitised cleanliness that is promoted in glossy magazines and white-walled minimal apartment logic. Fashion is not the ticket. Let’s just clean up during the party (especially for those that are having one on a daily basis and not juts after working hours as determined (and as an excuse)).

1 Leading economist from the 1800s, Malthus, constructed the discourse of poverty and overthrowing the system of poor relief. In his writing in 1826: ‘We should facilitate, instead of foolishly invading and daring to impede the operations of nature in producing this mortality, this death of the poor people. And if you dread the too frequent visitation of the horrid form of famine, we should encourage whatever forms of destruction which we compel nature to use. Instead of recommending cleanliness to the poor, we should encourage contrary habits. In towns we should make the streets narrower, crowd more people into houses, and call for the return of the plague. In the country we should build our villages near stagnant pools and particularly encourage settlement in all marshy and unwholesome situations. We should also reprobate specific remedies for ravaging disease.

In August the council issued 41 fines to people who dropped litter or didn’t clean up after their dog – that’s more than we issued in the whole of last year!

We take a zero tolerance approach to littering, dog fouling and fly tipping and we have reinforced our specialist enforcement team to catch and punish those caught spoiling our borough.

We have taken our first prosecution for littering and there are many more court cases scheduled.

The obvious answer is not to drop litter in the first place but we also need people to report anyone they see dropping litter, not cleaning up after their dog, or fly tipping. If we can gather enough evidence we will take action against those people responsible for spoiling our borough for everyone.

We will also use CCTV and other surveillance work to catch the fly-tippers that spoil our borough.  We will fine, and if necessary prosecute, those caught making a mess provided we get sufficient evidence against them.

Failure to pay a fixed penalty notice will result in a prosecution. Magistrates can issue fines of up to £1000 + costs for dropping litter.
Article c/o http://www.burnley.gov.uk/cleanburnley/site/scripts/documents.php?categoryID=5

← Birmingham Powerless Fifty
The history of BiNS →
BiNS was mostly by Jon Bounds.