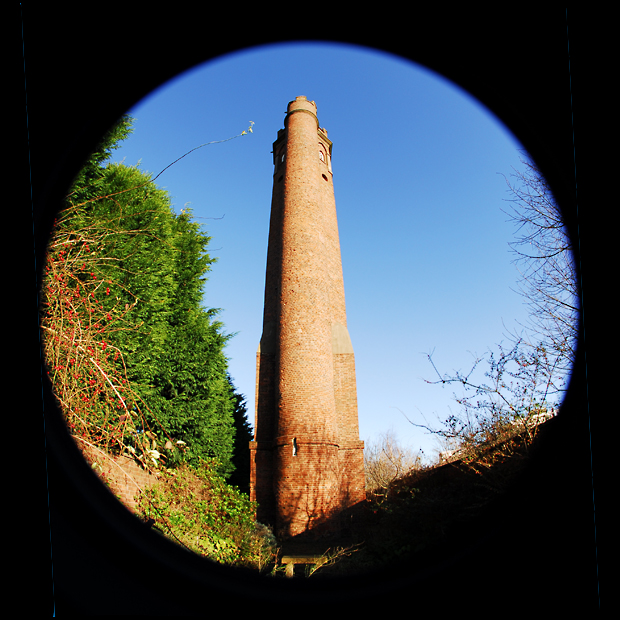 I’ve lived in Birmingham for over 20 years and yet there is still so much of it that I haven’t seen. One of the things on my ‘must see’ list for many a year was Perrott’s Folly in Waterworks Road,  Edgbaston, which is one of Birmingham’s oldest surviving buildings.  I finally made a trip to see it a few months ago.  For such a grand piece of architecture it occupies such a small place of land. This wasn’t always the case, but it is now surrounded by residential houses.

Perrott’s Folly was built in 1758 by John Perrott, lord of the manor of Rotton Park, then a deer park and hunting ground. From 1884 onwards it was used as a weather observatory. This and the Waterworks tower are said to have inspired The Two Towers by the author JRR Tolkien who lived in Edgbaston as a teenager.

There are many stories to explain why the tower was built. One is that John Perrott wanted to be able to survey his land and perhaps entertain guests. Or the tower might have been used to spot animals for hunting. Or that he built the tower so that he could see his wife’s grave, 15 miles away.

In keeping with the times, the Folly has it’s own website which has lots of information about it’s history and it’s plan for the future. There was an open day last year for members of the public to step inside it’s gothic interior. Keep an eye on the website for news and updates. Fingers crossed there will be another open day announced as it would certainly be worth a visit!