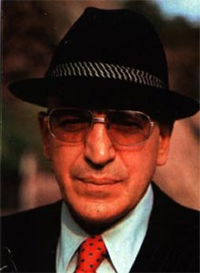 On Wednesday Feb 13th at the Library Theatre (more details at the end) there’s a fantastic double bill of our favourite Brum films of the seventies – Take Me High and Telly Savalas Looks At Birmingham:

TAKE ME HIGH gives us a glimpse of Birmingham when it was booming in the
1970s. New buildings were springing up all about and there was a
confidence in the air. Even though Birmingham had the reputation for
being the “workshop of the world” and therefore a dirty and
industrial city, in the film TAKE ME HIGH we see Birmingham as an
improving and booming place – a place to stay and enjoy. The film is
also a hilarious romantic comedy!

The showing will be preceded by the short cinema feature TELLY SAVALAS
LOOKS AT BIRMINGHAM, which has proved popular with audiences not only
for its now ironically funny commentary by the great American actor –
but also for showing Birmingham as a clean bright sunny place.

But that’s not the best bit – a special message will be announced before the screening
of ‘Take Me High’ for the event sent direct from Sir Cliff Richard
himself!

And even more – BBC Radio 4 will also be attending the screening to interview any members of the audience who wish to contribute to the forthcoming radio documentary – “Telly Savalas & the Quota Quickies” – Transmission date: Saturday 26th April 10.30 R4 –

Drinks and networking from 6.30p.m. – films start from approximately
7.30p.m. (Subject to change) Free event & licensed bar. 7.30pm ‘Telly
Savalas Looks at Birmingham’ – 8pm Intermission 8.30pm ‘Take Me
High’ – Films finish at 10pm – bar closes at 10.30pm. Due to the
popularity of this event please arrive on time for your film to avoid
any disappointment as the venue may refuse admission once full.

← Don’t Close Me Down
Global city with a local bar →
BiNS was mostly by Jon Bounds.